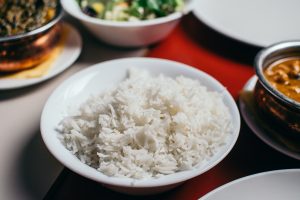 Rice is the staple to more than half of the worlds’ population, contributing 13% of all proteins and 19% of all calories consumed. Do you know the domesticated rice varieties of today have come a long way from their wild ancestors, which were little better than wild grass? Wild rice produces very few grains that often fall off to the ground on their own. The domesticated rice varieties, on the other hand, are short and erect with more grains that remain in the crop until harvest

Rice is the second largest consumed crops at an amount of 738 million tons at average world yield of 4.3 tons per hectare. It is one of the fastest growing staples in Africa and Latin America. Rice is most commonly cooked and eaten as separate entire grains, but most other staple cereals are milled into a flour or meal that can be used to make bread, noodles, pasta, porridge and mushes like mealie pap.

For the third year in a row, there has been a rise in world hunger. The absolute number of undernourished people, i.e. those facing chronic food deprivation, has increased to nearly 821 million in 2017, from around 804 million in 2016. These are levels from almost a decade ago (Food & Agriculture Organisation – United Nations). Food agro-tech companies worldwide have been thriving to find solutions in yielding more food crops in order to aid these rising problems. Golden Sunland Singapore (GSS) is a Singapore registered agri-tech company producing its own variety of rice seeds and growing rice in Myanmar.

Myanmar has abundant land, water resources, and naturally good conditions for rice. In the early 1960s, prior to its 50-year military rule, Myanmar was the largest rice exporting country in the world. The majority of Myanmar’s rice is sown in the monsoon season between June and September, whereas summer rice is sown between Jan and March. From seed to harvest takes between 4-6 months… The Ayeyarwady region is considered the “rice bowl” of Myanmar, though rice production occurs in every part of the sizable country, and is by far its most important industry. 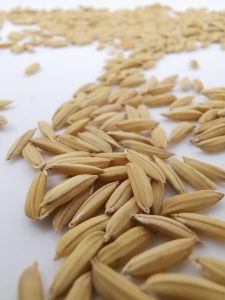 Golden Sunland Singapore chose to start in Myanmar as it has the potential of being the next rice powerhouse again but again it is helmed back by technological limitations in almost every part of the supply chain. GSS now are responsible for the entire upstream value chain, from the provision of seeds, farm management to post-harvest processing.

GSS rice from Myanmar rice is responsibly cultivated from our proprietary non-GMO rice seeds. The seeds yield 150% to 200% more paddy for our farmers compared to local varieties and are grown in accordance with the highest international standards. Through the cultivation of high-quality rice, we aim to alleviate poverty in our farming community.

The demands of feeding a growing global population place increasing pressures on the limited arable land on earth. This leads to shortcuts and GMO methods to increase yields, but the consequential cross-generational health effects are yet to be fully understood. Superfood has an important role to play in preserving the quality of our foods and the conditions in which they are grown, through education of the masses and value addition on food products are grown sustainably. 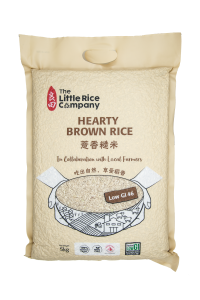 Brown rice is already well known to be richer in nutrients and higher in fibre than white rice. The Little Rice Company (“TLRC”) brown rice has a low GI value of 46 certified by an accredited facility of SAC (Singapore Accreditation Council). This means that compared to most products in the market, this brown rice release lower levels of glucose over a longer period of time into the bloodstream thus reducing sugar spikes.

Unlike most brown rice, TLRC brown rice has a fluffy texture with a tinge of barley fragrance. The unique taste and texture also open up possibilities of new menus to be created across a wide spectrum from nasi lemak to risotto.

Benefits of healthy sugar levels include; reduce the risk of diabetes, lower risk of cardiovascular disease and better weight control to name a few.

As consumers become more affluent, the world will attach higher value for quality foods. Consequently, food producers will gravitate towards producing goods that bring higher returns instead of merely concentrating on cost minimization.

Golden Sunland Singapore specialises in the research and development of the Rice Products in Asia – from seed to farm to table. Visit them at Booth, E01 at Superfood Asia 2019 from 24th – 26th April at Marina Bay Sand & Expo, Singapore.

Discover more about the world of superfood, health benefits and opportunities within the industry at Superfood Asia 2019.  See you soon! 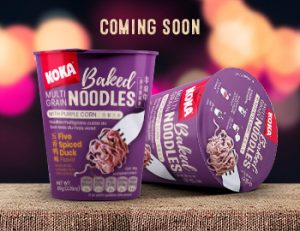 What's On
Scroll to Top